Best Buildings That Are Also Headquarters For Superheroes

Best Buildings In Comics That Are The Headquarters For Superheroes.

Every superhero has some kind of place that they call home, or at least their base of operation.  But some of them are better than others.  Some even become just as iconic as the hero that occupies them.

The large mansion on the outskirts of Gotham City is the home of Bruce Wayne.  The last remaining member of the Wayne family.  When Bruce was just a kid he witnessed the death of his parents in a robbery gone wrong.  An event that lead to Bruce to becoming the ultimate vigilante in the DC Universe.  But back to Wayne Manor.  On the surface it is your average mansion of another rich playboy.  but set the broken clock in the study to either the exact time that Bruce’s parents were killed or one minute after, depending on the writer.  And you will open a passage to the Batcave.  The secret base of operation for the Batman.  Complete with everything a vigilante could ever need to shutdown the large group of villains that also call Gotham home. 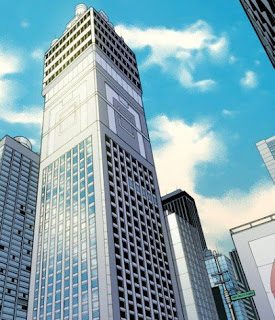 This 35 story skyscraper in Manhattan is average looking from the outside.  But on the inside the top five levels are the headquarters to the first family of the Marvel Universe, The Fantastic Four.  And within those five floors you can find anything you could possibly need.  Including multiple labs and portals to any dimension you could ever want to visit.  Sure it can be dangerous to anyone else living in the building, but with every major attack on the Baxter Building, Reed Richards rebuilds it even stronger.

On the surface it is a school for unique children.  But beneath the exterior it is a school for young mutants to learn how to make it in a world that hates them.  And if they are one of the lucky few, receive training to become one of the X-Men.  The Mansion and the grounds that surround it have been the home to a lot of great heroes.  And the hidden part to the school is the ultimate base for the top team of mutants.  There are science labs, a holographic training room, and even a hangar for the team’s stealth jet the Blackbird. 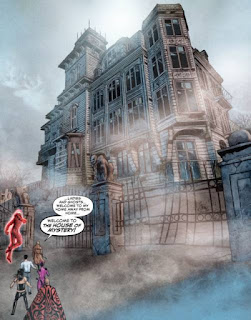 A house that has no set physical location in any space or time.  And you never know what will be in the room behind any door you open.  The House of Mystery is used as the base of operation for Justice League Dark in comics and just Constantine in his short lived television series.  What makes this base so great to me is that it holds such secrets that not even the team knows what they will find.  So if an enemy force were to try to invade the house itself would be the greatest defense.  In fact the only other residence that even comes close to rivaling it is it’s sister house the House of Secrets. 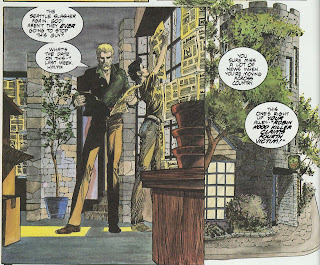 In 1987 Mike Grell wrote one of the best Green Arrow stories to be released.  The Longbow Hunters.  During this phase Green Arrow and Black Canary moved to Seattle for a fresh start.  And on top of the fact that Oliver took a new hooded costume and got rid of all of his trick arrows.  The duo set up shop in a florist shop with an apartment over the top of it.  I put this one on the list for the great word play involved in the name of the shop.  It also doesn’t hurt that this was from one of the definitive runs for Green Arrow.


Thanks for reading my article.  If you have any questions, comments, or suggestions for more articles please leave them in the comments section.  And as always…. Keep Reading Comics Fans!!!
Posted by Unknown at 4:52 PM