There are just some villains that stand out above the rest of the crowd because of their motives, beliefs or even methods.  I wanted to make a list of the top villains that are so twisted that they make the hair on the back of your neck stand up and a chill run down your spine. 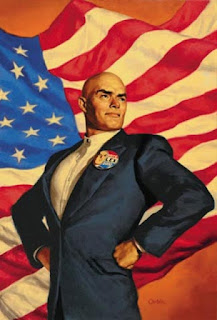 Often Luthor is portrayed as being a wacky villain looking to rule the world through some hair brained land scheme.  Especially in the Superman movies.  Just look at Gene Hackman in the original movie series and Kevin Spacey in Superman Returns.  But when he is written by the right person, Lex Luthor can be a great human opposition to the “Big Red Boy Scout”.  At Luthors best he is a man trying to protect his planet from an alien threat that cannot be stopped.  And he sees himself as the only person who can stand in between the threat and the world he loves.  In fact at times I actually believe that he is the good guy in the scenario.  He just wants to make sure there is someone or something to stop the unstoppable alien threat that Superman could become if he were to ever snap. 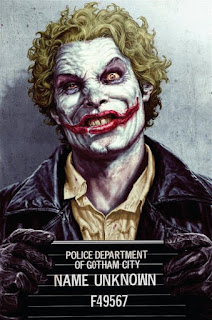 It’s not hard to explain why the Joker is on this list.  The only interpretation of the character that isn’t truly twisted is the Cesar Romero Joker from the 1966 Batman series.  Whether he is a man with a twisted sense of humor doing what he finds funny or just a highly disfigured psychopath wearing clown paint and killing people without even blinking.  When the Joker enters the fray it is almost guaranteed that something disturbing isn’t too far behind.  My personal favorite Joker story is Brian Azzarello’s Joker OGN, because it takes the look of the Heath Ledger Joker and shows just how unhinged he could possibly be.  Which is scary. 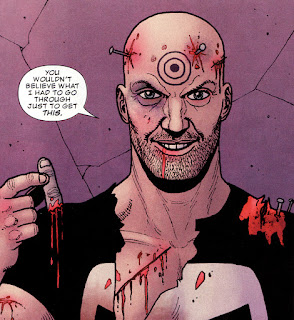 The man who killed Elektra.  An unhinged assassin who can turn anything into a dangerous weapon.  Most of the versions of the character I have read are pretty tame, but anyone who has read the Jason Aaron Punisher Max run will know that Bullseye can be just plain scary.  He doesn’t have the costume that he is known for in the Max run, instead he has a bullseye scarred into his forehead.  And when he takes the contract for Frank Castle he goes to extremes to take out his target.  Starting with trying to live the same life that Castle had after coming back from Vietnam.  That means kidnapping multiple families to live with them and have them die(often at his hands) so he can try to figure out how Castle felt when his family was killed in front of him.  And it goes to show you how far gone Bullseye is, when even the Kingpin is squeamish about his methods. 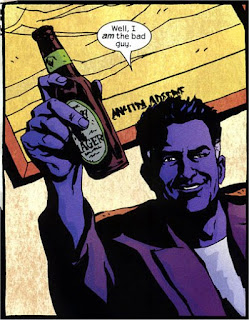 Zebediah Killgrave has one of the worst names that a villain could have.  Just hearing the name The Purple Man doesn’t inspire much fear.  Until you read the arc of Alias where he makes an appearance, then you see that names can be misleading.   After being accidentally covered in chemicals while working as a spy, Killgrave gains the ability to use his pheromones to make people do what he tells them to do.  And the ways he uses that ability is what earns him a spot on this list.  For example with Jessica Jones he makes Jessica sit helplessly and watch as he uses his abilities to essentially rape other women. 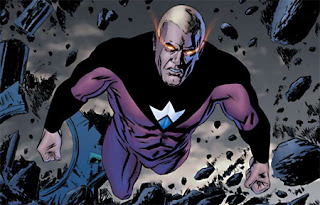 What makes the Plutonian really evil in the book Irredeemable is that he used to be the hero.  Then he snapped and turned on all of his friends and tried to kill them, after he destroyed the city he swore to protect that is.  The only person that left alive in his city is the one woman he loved the most, but was scorned by when she found out that he was the clumsy best friend standing right next to her.  The Plutonian even went so far as lobotomising his best friend and side kick when he first snapped. 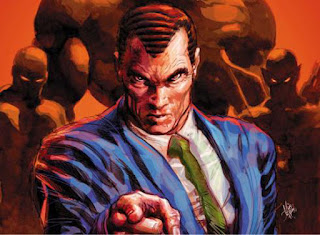 Osborn is a multileveled villain.  He has been the head of two different evil corporations in Oscorp and H.A.M.M.E.R. As well as being the arch-nemesis to Spider-man as the original Green Goblin.  And what makes him even more twisted is the fact that Osborn and Green Goblin are two completely different entities sharing the same body.  And as demented as Norman is himself even he fears when the Goblin starts to surface again.  For most of his history Osborn has even known that Peter Parker and Spider-Man are the same person, but in a strange sense of honor he never wished Peter any harm only Spider-Man.


Thanks for reading my article.  If you have any questions, comments, or suggestions for more articles please leave them in the comments section.  And as always…. Keep Reading Comics Fans!!!
Posted by Unknown at 8:41 PM