I have already covered what I considered to be the best events that have occurred in the history of comics.  So now it’s time for me to cover the events that I was not so impressed with.  And there are plenty of them that fall short of their potential. 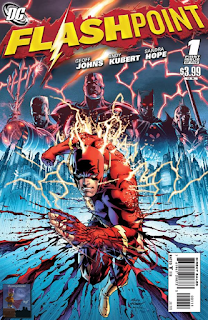 This is the event that kicked off the New 52.  The world around Barry Allen is turned upside down when he wakes up one morning to find that the Amazons and the Atlanteans are at war with each other over the death of Aquaman's wife Mera and Barry doesn’t have his powers anymore.  And the war between the two nations is destroying the world around them.  The world that exists in Flashpoint is a product of Reverse Flash messing with the timestream.


Flashpoint was a three issue event with a large group of three issue side books.  I only read a couple of the side series and the main story myself, but the event as a whole was a complete mess in my eyes.  The only shining moment that I found was the Deadman and the Flying Graysons tie-in. 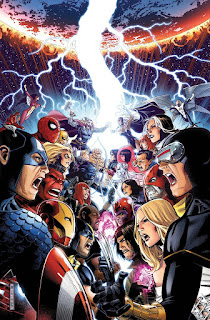 Another event that was a prelude to a new comic universe.  In fact it ran at about the same time as Flashpoint.  This event started fairly strong, but really meandered its way into being just ridiculous.


The story starts with an all new Nova crashing to Earth to tell the heroes that the phoenix force is on its way and destroying everything in its path.  So the Avengers go to Utopia to take Hope Summers into custody assuming that she will be the next host for the Phoenix.  But the X-Men lead by Scott Summers refuse and accuse the Avengers of attacking their land.  And just like that the heroes are fighting amongst themselves again.   The Avengers try everything they can think of to protect the planet until Stark comes up with a machine to dissipate the Phoenix before it can reach Earth.  But much like most of his hasty plans, it backfires and splits the force among five of the X-Men.


Avengers Vs. X-Men was the end to everything that started back in House of M.  The curse of Scarlet Witch is lifted and then the dumbest part happens Scarlet Witch and Hope team up and together and say “No More Phoenix” and just like that the Phoenix Force is gone. 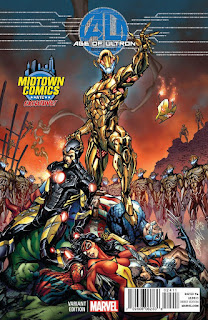 This is one of those events that was just a mess from the beginning.  It was ten issues of nothing but mistakes in storytelling.  Time travel, alternate realities, and characters acting way out of character.


The rough idea of the event is that Ultron now controls the world with an army of Ultron Sentries.  All of the heroes are either dead or in hiding while they try to find a way to stop Ultron.  Some want to make one last major attack on Ultron and his minions and others want to use time travel to stop the creation of Ultron from ever existing.  But as always time travel just makes the situation worse.  And after the conclusion Angela is in the Marvel Universe due to all of the tears in the reality. 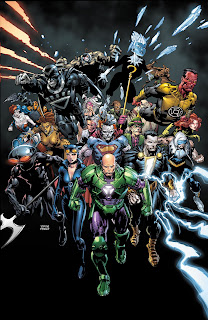 The event that just would not end.  It essentially started with DC’s villains month and went for and ran for 14 months.  14 long months of Meh! that completely derailed almost every book from the publisher.


A portal to Earth-3 opens and the Crime Syndicate (The Evil Justice League) comes through to the main DC earth and quickly dispatch the Justice Leaguers and take the world for themselves.  But This event bothered me so much that I only read the first two issues before I decided to try to erase it from my memory.  In fact this event had so little impact in the long run that the only change to DC coming out of it was Dick Grayson giving up the mantle of Nightwing after being publicly unmasked to the world.

Battle of the Atom- 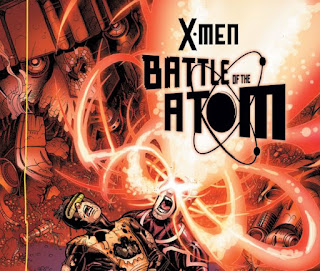 When Battle of the Atom started I thought that the curse of the Marvel events of modern day was finally over.  But around the halfway point the train jumped the rails once again.


Thanks for reading my article.  If you have any questions, comments, or suggestions for more articles please leave them in the comments section.  And as always…. Keep Reading Comics Fans!!!
Posted by Unknown at 8:43 AM