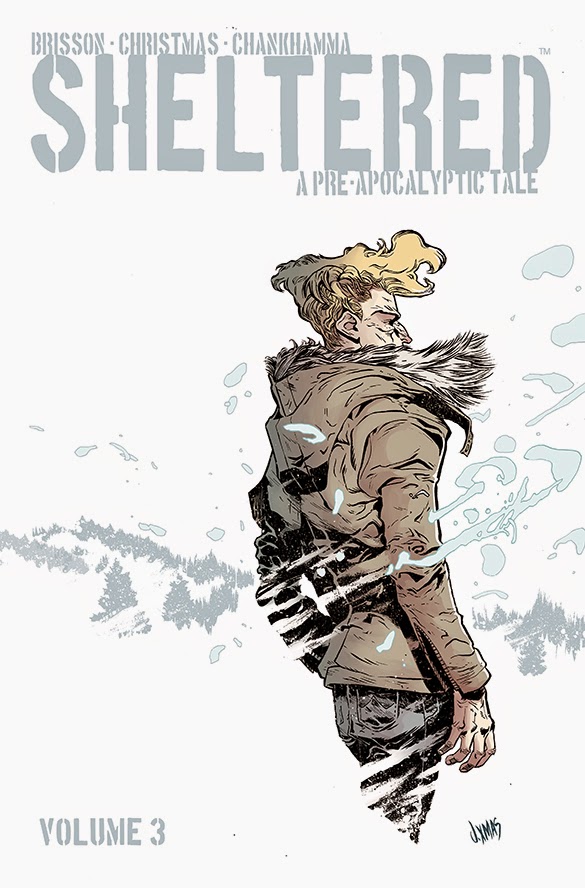 I am just writing this quick review as an update to the review I did a little while ago on the first two trades of the series.  I finally got my hands on the final trade and got the chance to read it to see how it all ends.  Now I went into this knowing that there probably wasn’t going to be a happy ending for anyone involved.  But by no means did I expect the way everything officially played out.

As the second trade came to an end Victoria and Tab got away from Safe Haven at the cost of the life of one of their best friends.  And the wife of a delivery man had gone to the cops for help finding her husband who was making a delivery to the compound when he went missing.


Both of these events lead to the government surrounding the compound and trying to negotiate the surrender of the kids.  The problem is that the kids of Safe Haven have been raised and trained for just such an occasion, and the agents can’t afford to breach the compound without a valid reason that won’t make them look like monsters for leading an assault on a bunch of kids.  But if there is one thing that is almost guaranteed it’s that  teenagers will act without thinking anything through.


And just that happens when a member of Safe Haven shoots down a news chopper that broke a no fly zone in hopes of getting a scoop.  And as it comes crashing down Lucas, the leader of the Kids, realizes that there is no way out of the situation without a lot of casualties.  I am going to spoil the end of the series, but I will say it ends the only way that is logical to the events of the series.  With a few surprises of course.


Rating: 4 Out Of 5
This was a great 15 issue series and the third act did not disappoint.  At first I was kind of upset that it was over.  But I am also a strong believer that it is best to end a story before it becomes stale.


Thanks for reading my review.  If you have any comments, questions, or suggestions please leave them in the comments section.  And as always…. Thanks keep reading comics fans.
Posted by Unknown at 11:54 PM