The Most Disturbing Moments In Comics

The idea for this list came from a conversation between my cohort and I had while I was BBQing for a small get together at my place the other day.  We have often discussed the moments in various comic series that make you almost squirm as you read them.  So we decided to make a list of the top moments that were really disturbing to us.  Now these are in no particular order, so we are not claiming any of these moments are better than the others.  And fair warning there will be spoilers to some big events in the books mentioned, so read on at your own risk.


Most Disturbing Moments in Comics 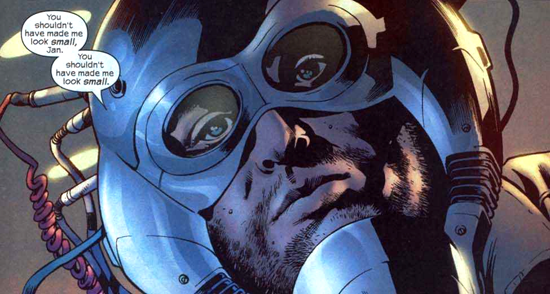 Now Hank does this in the 616 also, but there is just something truly horrifying about the way it all plays out in the Ultimate universe that just chilled me to the bone.  The whole encounter begins over Janet being pretty smitten over meeting Captain America, and accidentally insulting Hank.  What follows though is not only Hank hitting Janet, but spraying her with a can of bug spray and wrapping up with him sending an army of ants to attack her.  But the panel that really seals this moment is a close up of Hank as he is sending the ants after Janet as he hauntingly asks her  “Why did you have to make me feel small Janet?”

Jesse Custer attends a party for the Gomorrah  Society in Preacher:

One could argue that most of, if not the whole series of Preacher really fits the bill for this list.  But the party for the Gomorrah Society stands out the most to me.  The Gomorrah Society is a group based out of San Francisco lead by a man named Jesus DeSade.  And they throw parties where nothing is taboo.  In fact, the more depraved the act you give into, the more pleasure should be gained from it.  And when Jesse, Cassidy and Tulip visit one of their get togethers they witness some of the most disturbing acts a human could think of.  So when Jesse opens a door and is stopped dead with a completely horrified look on his face you know that whatever he is seeing is even worse.  Ennis and Dillon never show exactly what is going on when the door is opened, but after Jesse beats Jesus to the edge of death, a small child is shown being escorted from the room.  I think that the fact they leave the details up to the readers imagination makes the whole thing a lot more disturbing.

The deaths Lori and Judith Grimes in The Walking Dead: 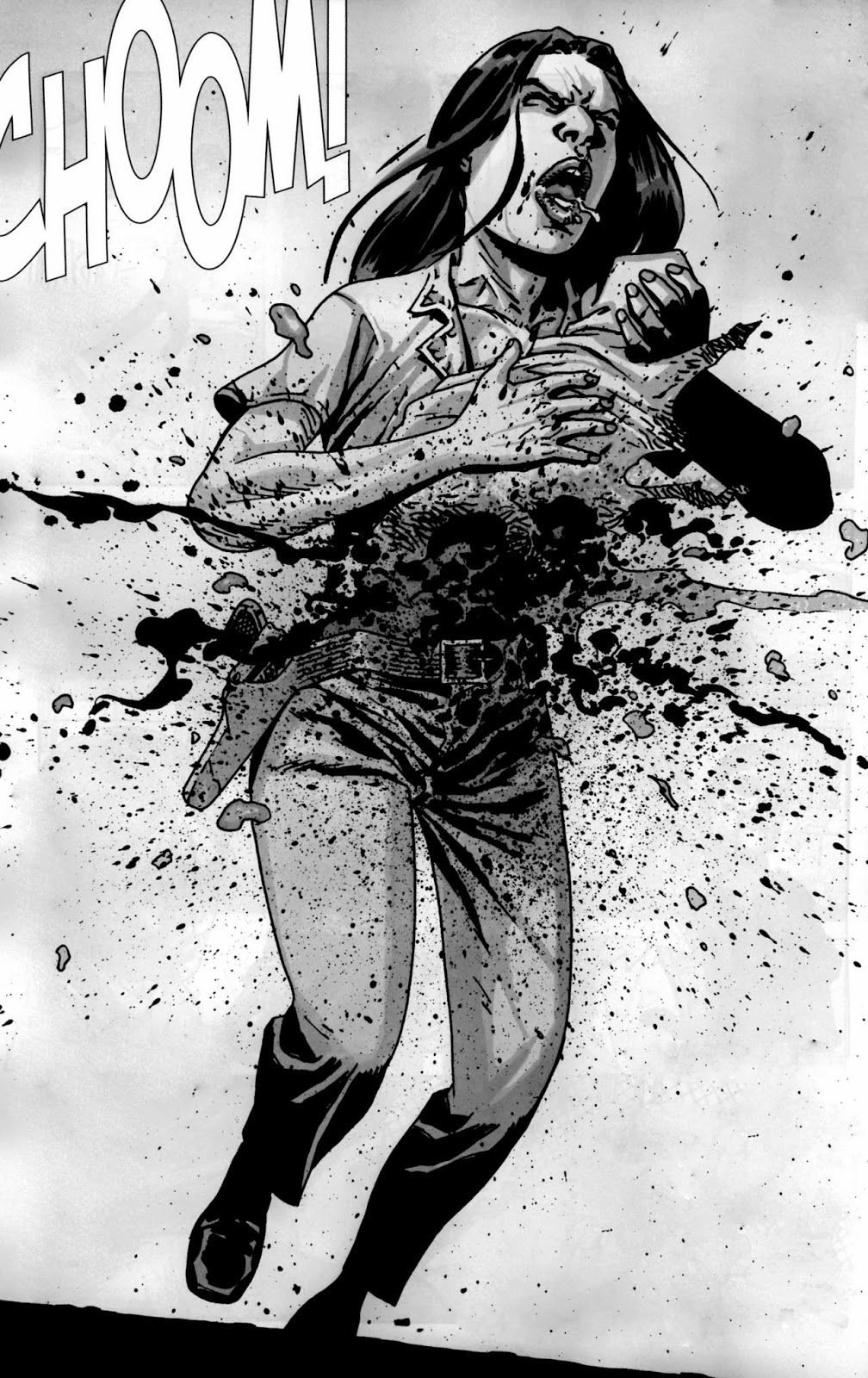 The Walking Dead is another book known for not pulling any punches when it comes to shock factor.  But the way this particular event plays out takes it to a whole new level.  In the show Lori dies giving birth to Judith, and Judith lives on to see many more days.  But in the comics Lori gives birth to Judith and and as a group the survivors all help raise her.  The problem is when the Governor and his followers attack the prison they were living in at the time the survivors know they can’t win the battle so they start to flee.  And while Lori is running away with Judith in her arms both mother and daughter are killed.  There are two interpretations of how Judith dies.  One thought is that the bullet rips through Lori’s body and then hits the infant in her arms.  The other is that Lori is killed by the bullet and falls on the helpless baby girl in her arms, thus crushing her under Lori’s weight.  it was never clear to me which one happened, but either way it makes for one of the most disturbing moments in comics to me.

The death of Glenn in The Walking Dead: 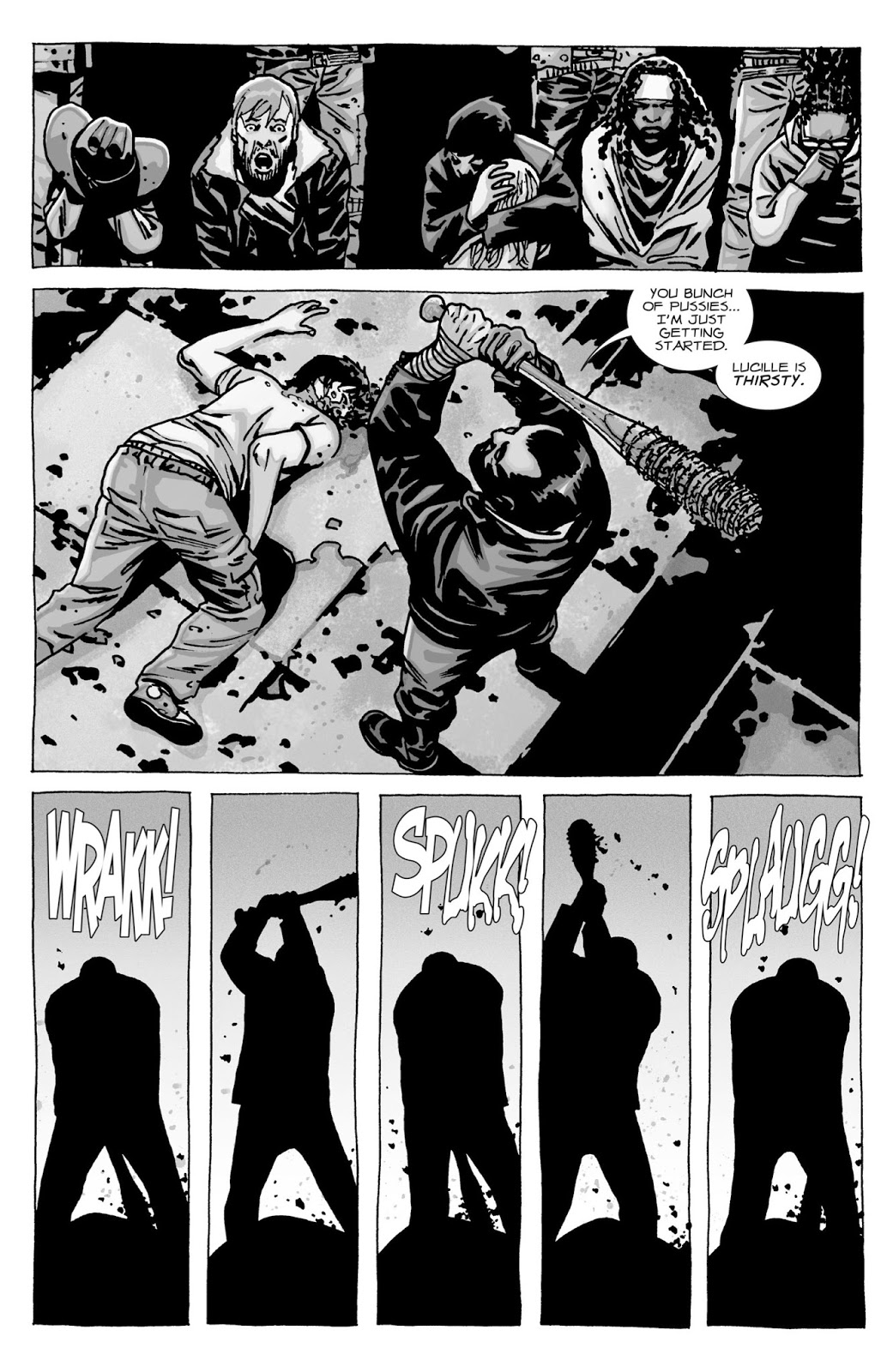 This is the most shocking moment in TWD for me.  Glenn was very much the heart and soul of the group and this death was so over-the-top graphic, you see him getting his head caved in for several pages by Negan’s bat.  This also marks the moment where I gave up on this book.  Was it because this was just too much and I couldn’t handle anymore?  Nope, this was like the third or fourth time I’d seen this drum beat in the series.  There will be several issues in a row of what appears to be a light at the end of the tunnel for the survivors.  Their lives won’t be perfect, but they seem to be at a place where they can accept their new reality.  Then, like clockwork, there’s a shocking issue.  If not for Invincible, I’d write Kirkman off as a complete hack, the writing equivalent of Rob Liefeld.  It’s lazy, sloppy writing to tell a story that has no end as he’s stated that he never has any intention of explaining how the zombie apocalypse came about, therefor, there can be no progression to resolving it.  If I want some bullshit story that never ends and just repeats the same stupid formula over and over, I’ll go watch some Dragonball Z.

Wolverine kills all of the X-Men in Old Man Logan: 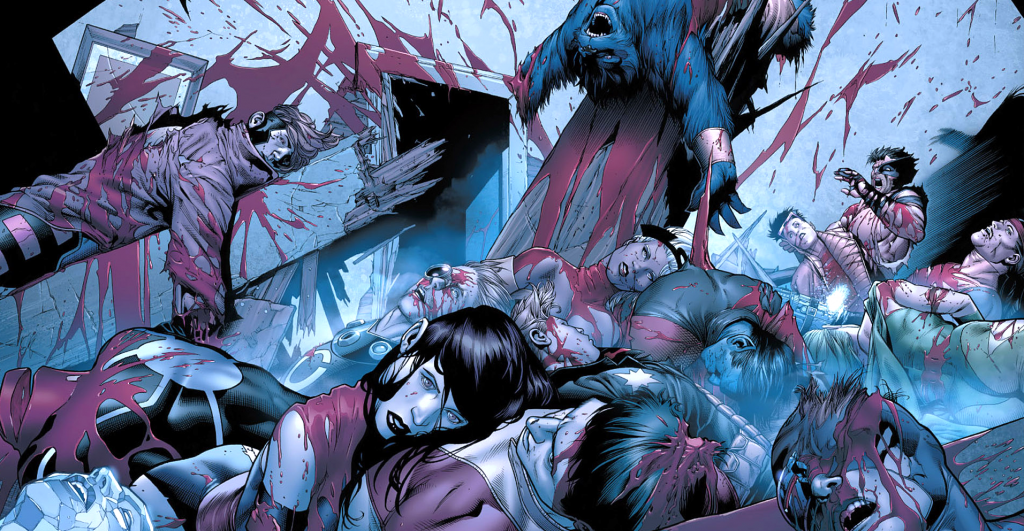 Old Man Logan is an interesting concept.  The world is now run by a series of villains.  And Logan has gone pacifist, vowing to never pop claws again.  Till the day that he is forced to team up with a blind Hawkeye to start fighting back against the people oppressing them.  But the moment that stands out is a flashback that explains what happened to the rest of the heroes and why it made him make the vow to never use his claws again.  The event in question shows Wolverine surrounded by a large group of villains that are attacking him with such ferocity that it forces him to start using fatal force.  So Logan starts cutting his way through the villains constantly trying to figure out what happened to all of his friends that were fighting along side of him moments before.  Then as he slays the last of the villains the illusion that Mysterio had cast over Wolverine.  Thus revealing that the villains he was fighting were actually all of his friends, and Jubilee is on the ends of his claws looking extremely confused and with her last breathe she asks him why.  The disturbing fact in this is that it is the pure feral rage is the reason he never stopped to question what was really going on.

Barbara Gordon’s shooting/rape in The Killing Joke and Hawley Griffin’s (the Invisible Man) sodomy/murder in League of Extraordinary Gentlemen vol. 2: 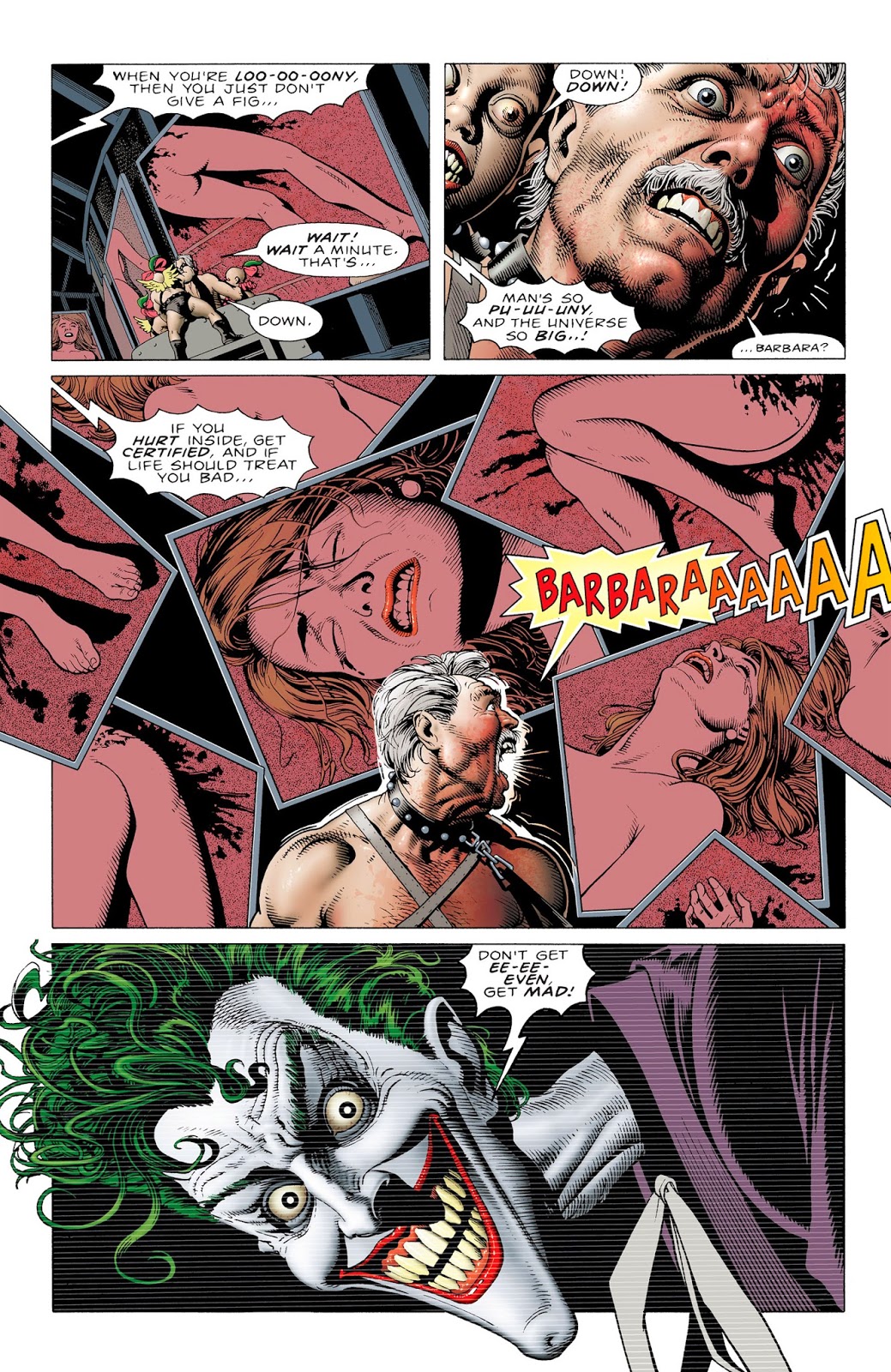 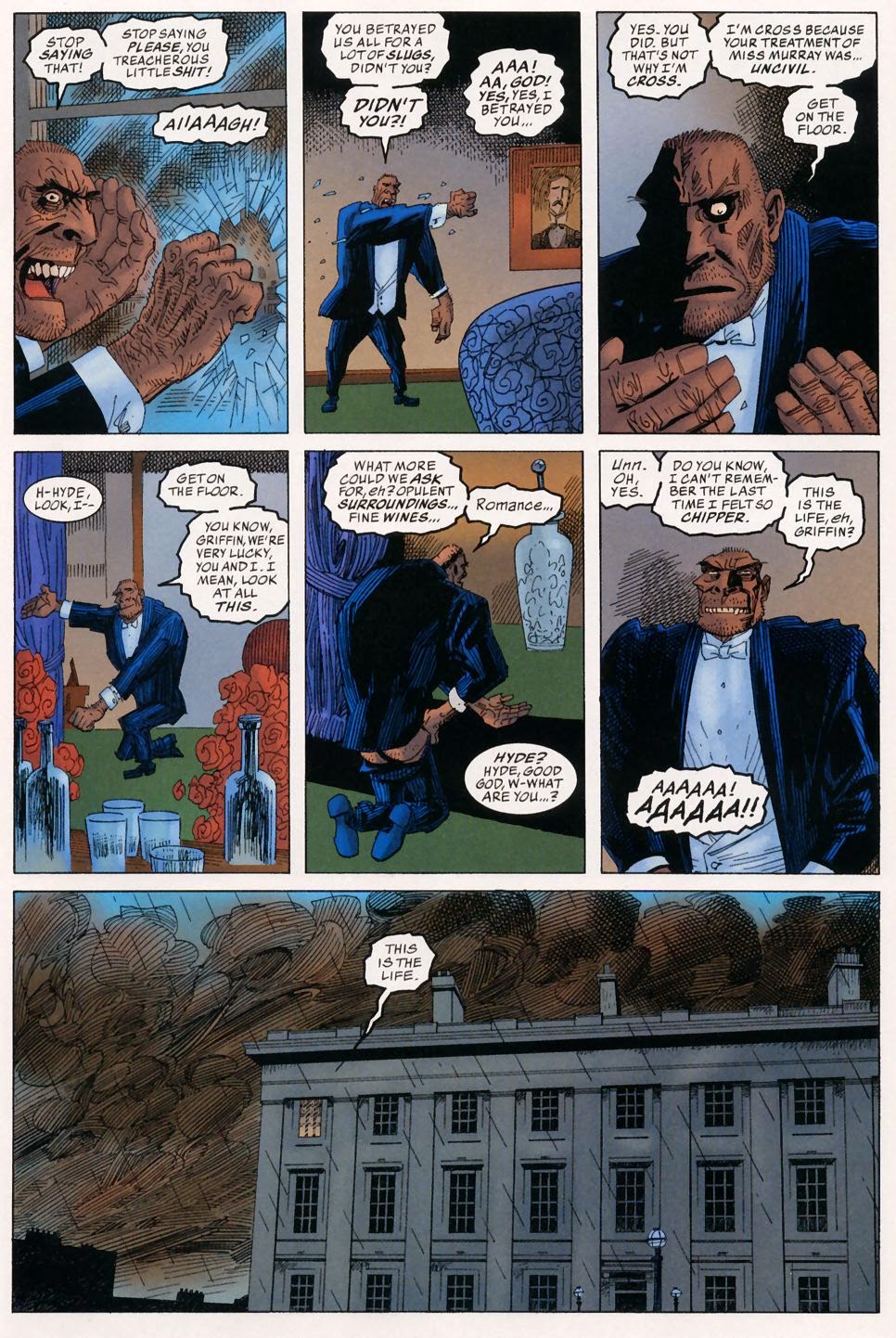 I put these two together because both were written by Alan Moore.  Of the two, I’d say Barbara’s situation is the much more disturbing of the two.  Just getting shot and paralyzed would be disturbing enough, by itself.  But to make the whole scenario even more twisted, she’s brutally raped in front of her father, just to break the man.  Truly horrifying stuff.
Griffin gets raped to death by Mr. Hyde.  Hyde knows the League has a traitor in their midst and once he realizes it’s Griffin, he confronts him alone in a room.  He reveals to Griffin that he can see him in his invisible form and proceeds to enact his own brand of justice.
With a little research, you quickly see that Alan Moore has quite a history of rape in his books.  There’s been either rape, attempted rape, or implied rape in his other books, such as League of Extraordinary Gentlemen vol. 1, V for Vendetta, and Watchmen.  Kind of a disturbing trend.  But when you’re trying to get a visceral reaction from your readers, nothing is quite the guaranteed home run like rape, I guess.

The Lizard eating his own son and the affair of Gwen Stacy and Norman Osborn--Amazing Spider-Man: 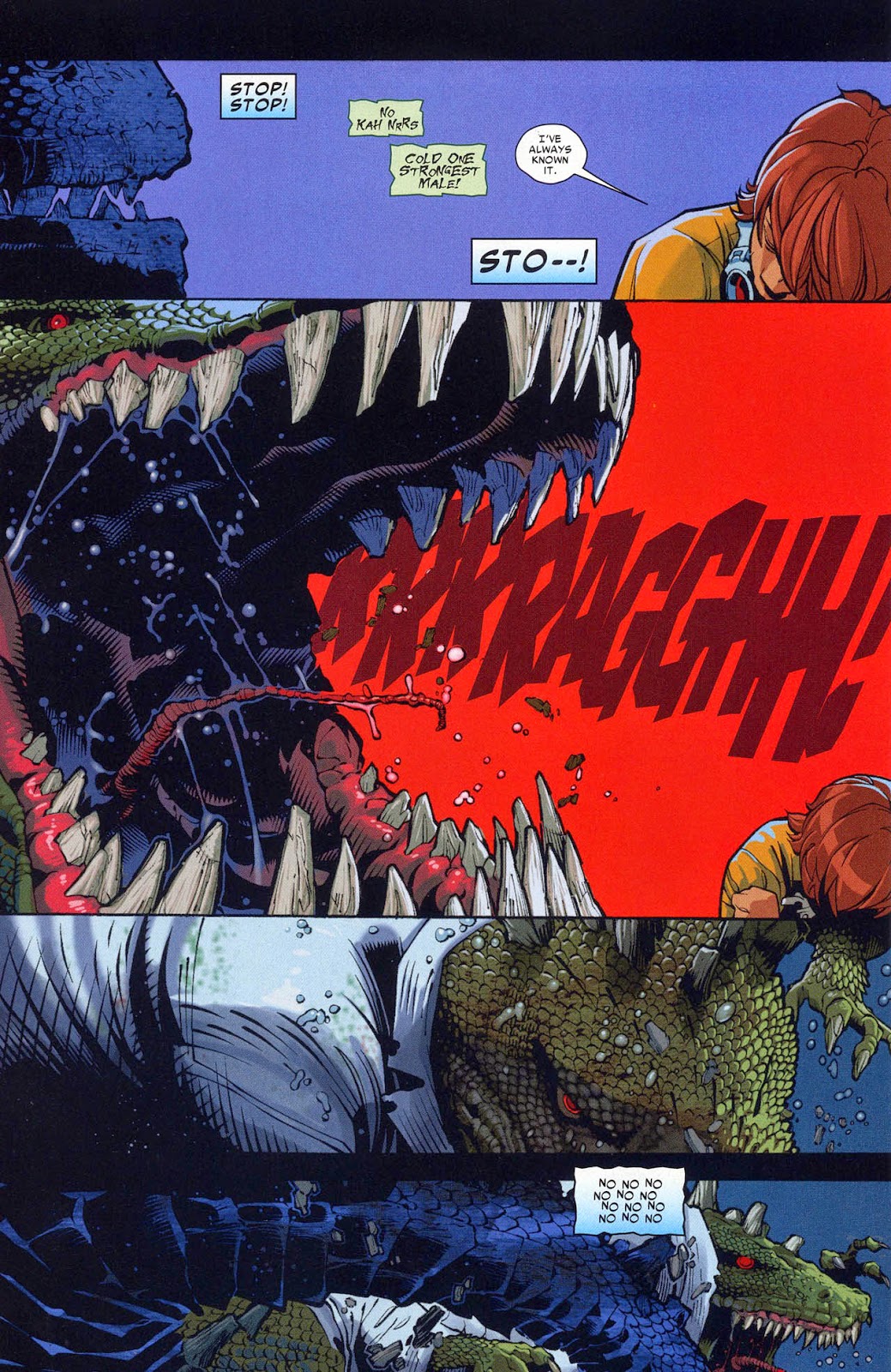 The Lizard has a long and storied history in the pages of Spider-Man as one of his earliest and most enduring foes.  One constant was that Dr. Connors wanted to get out from underneath this curse that he brought onto himself and that he was first and foremost a family man.  All that changed in an arc from a couple of years ago called “Shed”.  In this story, the lizard part of Connors’ brain is trying to establish dominance over the mammal part of his brain.  What better way to do that than destroy his last anchor to his humanity: his son?  Billy meets his demise in gruesome fashion and it was a turn that I never thought they’d take with the character. 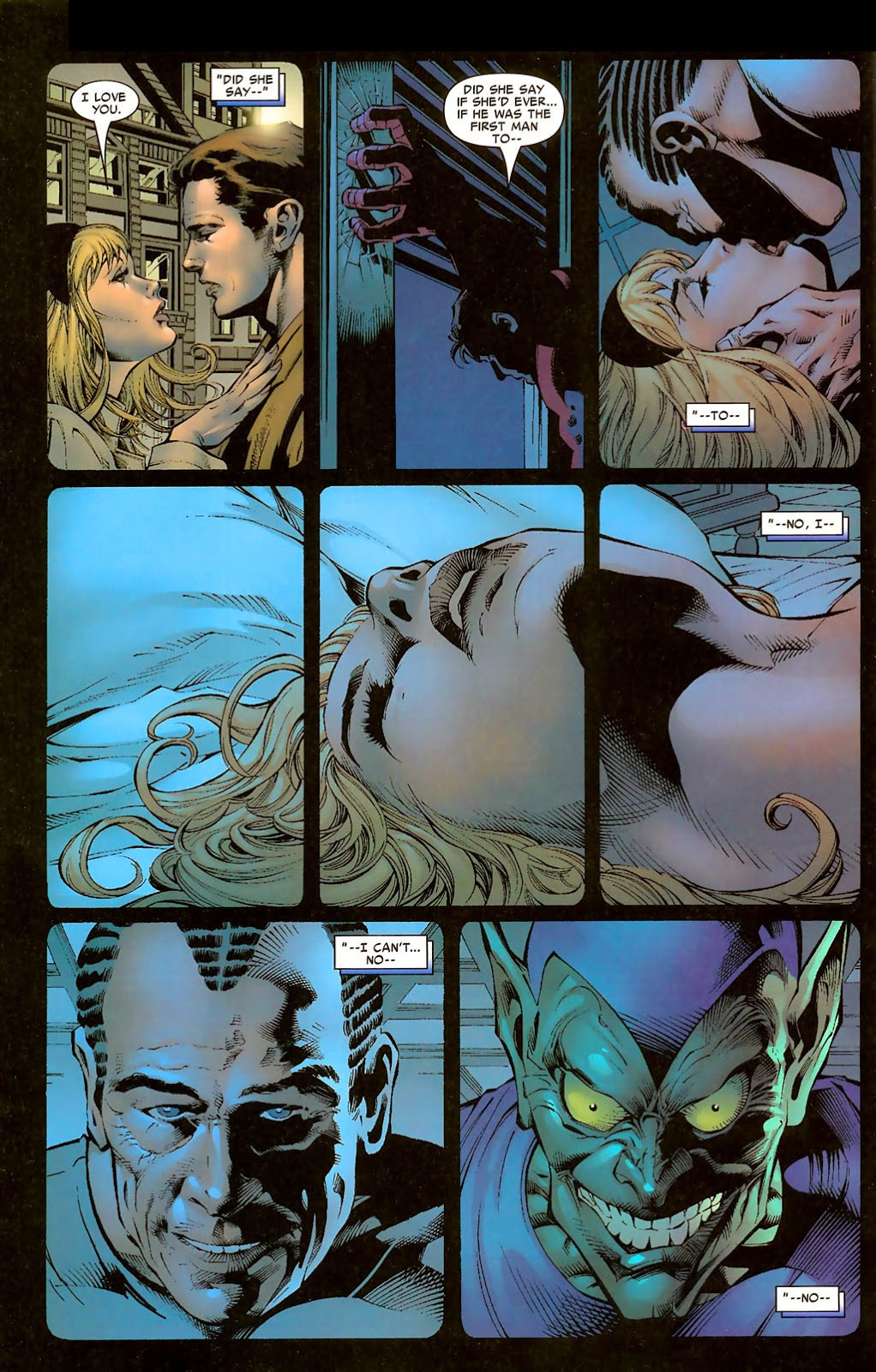 This second one will always make my blood boil when I think about it.  I’ve been a Spider-Man fan my entire comic book reading life and always will be.  I’ve read every issue of ASM.  There’s some universal truths out there, the sun rises in the East, water is wet, and Gwen Stacy loves Peter Parker more than anything.  In an arc called “Sins Past”, writer J. Michael Straczynski commits what I consider the most heinous act of character assassination I can imagine, in comics: he not only has Gwen have a brief affair with Norman Osborn, Peter’s best friend’s dad, but she has twins with him.  This revelation is so far out of left field that it baffles me that this ever got past editorial.  So much of JMS’s run absolutely disgusts me and this was the cherry on top of a shit sundae.  I will never respect this man as a writer!

Thanks for visiting our site, and reading our articles.  It means a lot to us both.  If you have any comments, questions, or suggestions.  Please leave them in the comments section.  And as always.  Keep reading comics fans….
Posted by Unknown at 8:51 AM