One of the surprise hits of the last two years to me came to an end last week.  So I figured I would put the word out there on how much I really liked it.  I never read the original series from the 90’s, but there was just something about the #0 that made me want to give it a read.  I was hooked from the moment I read that first issue. 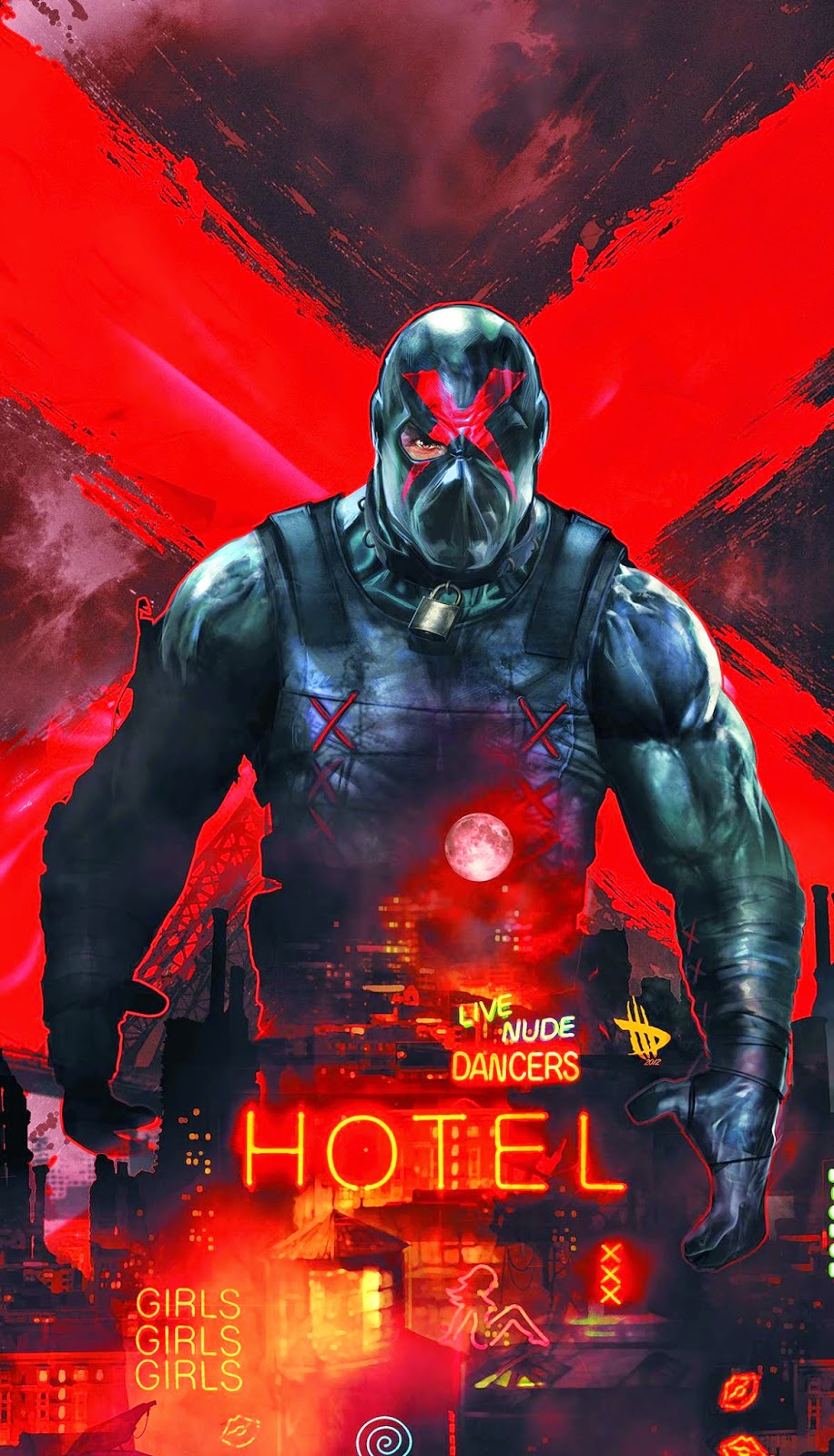 
The Streets of Arcadia are overflowing with crime and corruption.  And there is nothing anyone can do to even slow the tides before they drown the city completely.  That is until a mysterious masked man with only one eye named X starts delivering messages to the heads of the major crime families warning them to leave the city or face the vengeance of Arcadia.  He is named X for the red X over his missing eye on his mask. The messages are delivered through pictures of the target with a single diagonal read line marked through it delivered to the target with the promise of the other half of the X being added if he must cash in on the threat.


Intrigued by the mystery of the new vigilante who is taking out the major crime elements in the city, a local blogger  named Leigh Ferguson begins tracking the movements of the vigilante named X.  But Leigh always seems to just miss catching up with the masked man.  Until the night she gets in over her head and is saved by X himself.  This one encounter leads to the most unlikely of partnerships that runs through this series.  As the book goes X faces off with major crime bosses with disfigured faces, corrupt police units, and even a big business exec who is hiding some pretty big secrets.  And even when facing what seems like a no win scenario, never once does he back down from the fight.


I am not usually not a big fan of characters that use any means to get the job done, but with Dark Horse’s X it seems very justifiable that X would kill when he has to.  Even though Leigh is always trying to help him find alternate ways to “Save The City”.  And then there is the fact that he locks the mask on his face.  But not to protect his identity, but to keep the true animal inside locked away from the surface.


Swierczynski has a way of writing a world in various shades of greys.  And the people that live in the world are all really well established and realistic.  I haven’t really read a whole lot of his work, but X makes me want to see what other diamonds he may have hidden out there.


As for Nguyen’s art, it is just as rough and dirty as the city of Arcadia.  Often giving the emotion of a scene with the change of his linework.  And few times that X removes his mask Nguyen really shines with some of the most haunting images I have seen in comics.


I don’t know if I will go back and read the original run of X, but I know I will go back through this run again at some point.  If only to experience this tale of justice at any cost again.


Thank you for reading my review.  If you have any comments, questions, or suggestions, please leave them for me in the comments section.  And as always.  Keep reading comics fans.
Posted by Unknown at 7:50 AM