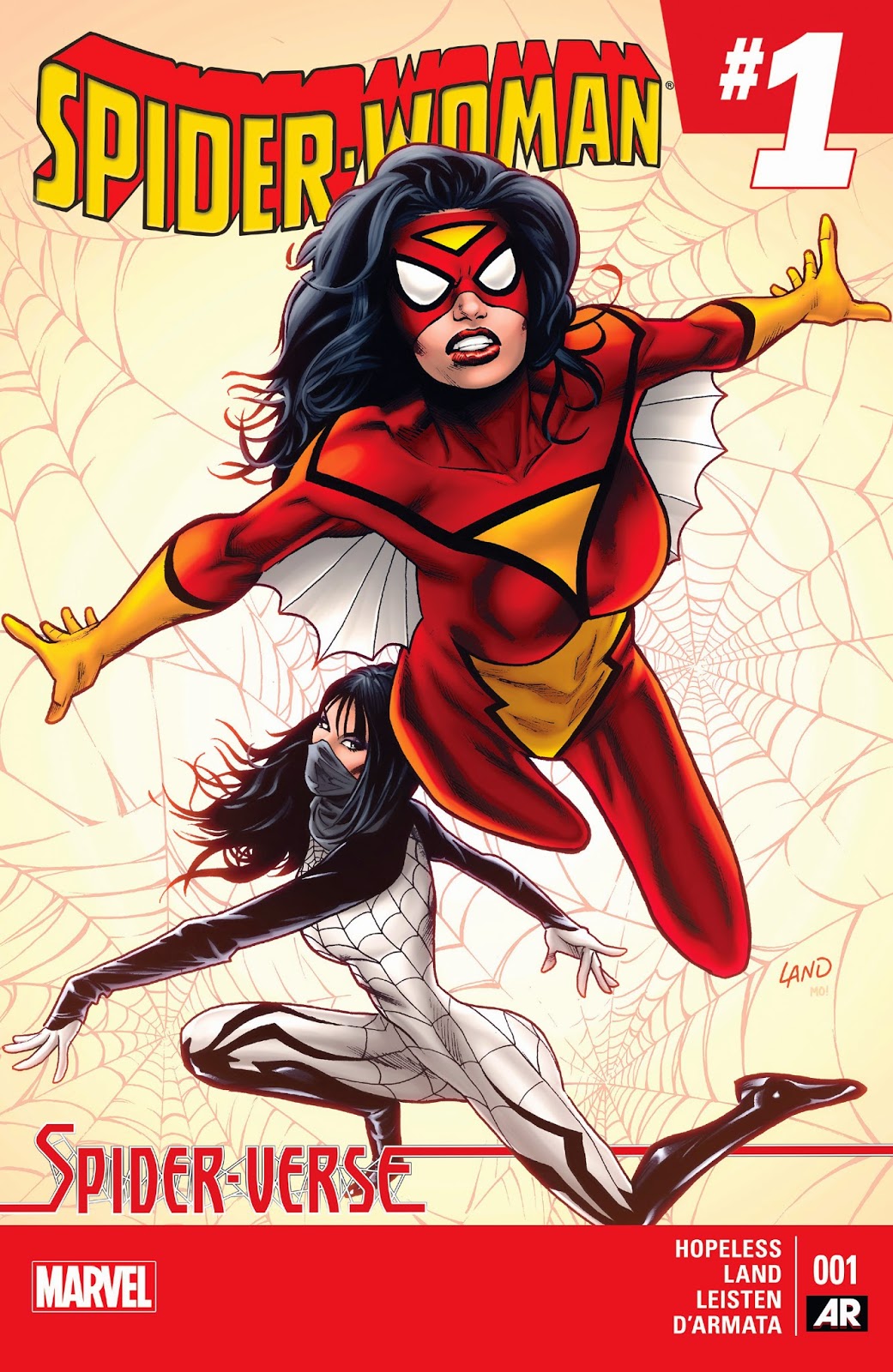 
This book could be summed up with an analogy: it’s like someone getting ready to swim for the first time, but does so with a cinder block chained around their neck.


I’ve been looking forward to this book since it was announced because Dennis Hopeless is an excellent writer and has done some really good work. But I’ve also had a huge sense of trepidation because Greg Land would be doing the art.


Hopeless has an interesting challenge.  He has to launch a series and have it tie into a crossover event.  I don’t envy that task.  It keeps him from getting much of a chance to establish his voice for the characters and supporting cast before having to hit the ground running.  With that considered, he makes a valiant attempt.  Hopefully, after the Spider-Verse craziness dies down, he’ll really be able to make this book his own and take it to wonderful heights.


The verdict:  This book has a rather high bar to reach in order to be considered the finest Spider-Woman book ever.  That goes to the superlative, albeit short lived, Spider-Woman book from 2010 by Brian Michael Bendis and Alex Maleev.  I have faith that Hopeless has the talent to pull that off, but they really need to jettison Land.  He’ll continue to hold this book back until they do so.  I’m going to give this book my usual first-arc chance.  If Land is still around for long after that, I won’t be.


The score: 2 out of 5 stars.  I’d probably bump it up by at least another star if we had a different artist.
Posted by Unknown at 4:53 PM