Review of Superior Foes of Spider-man #1-16 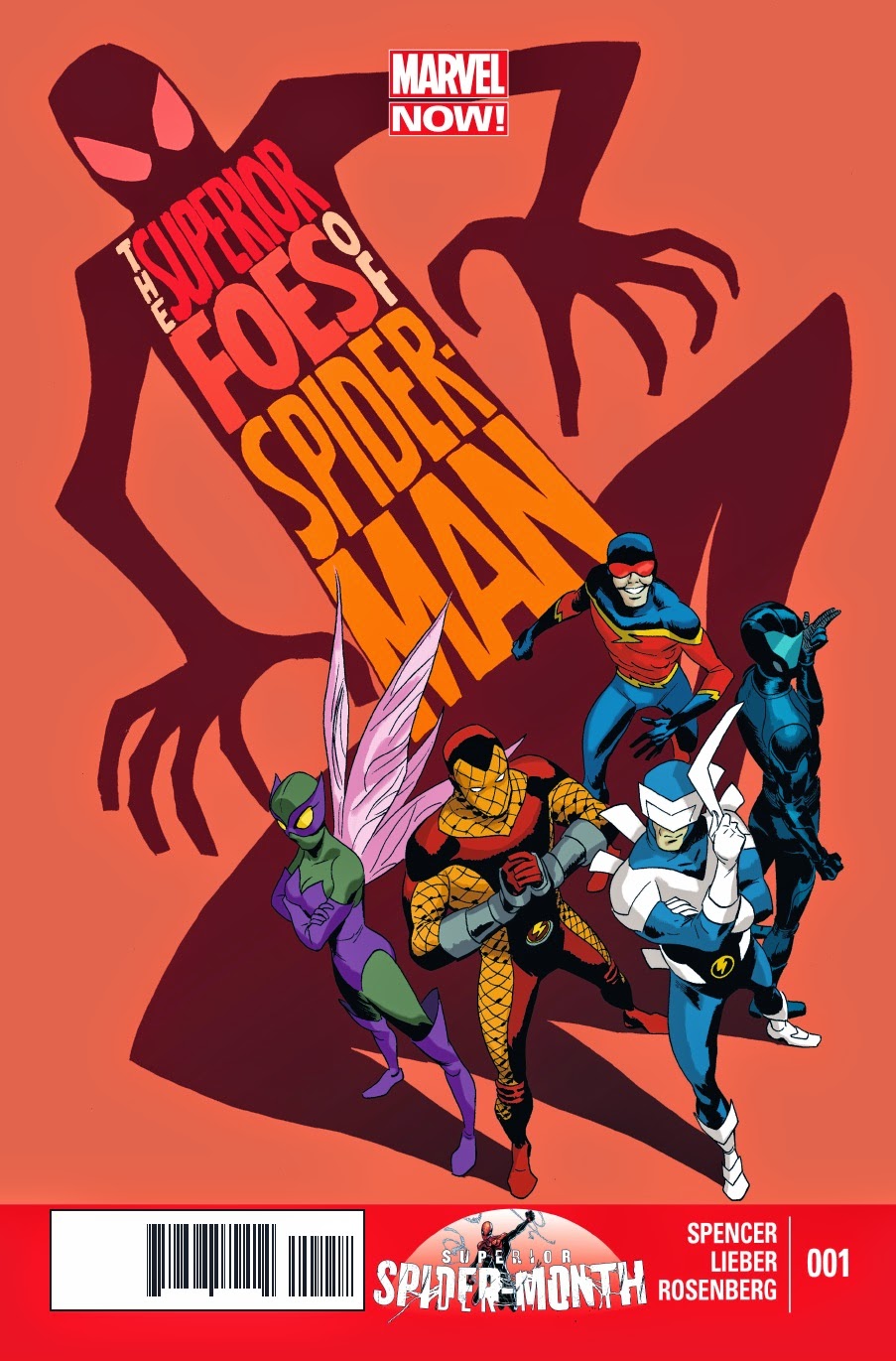 For this review I am covering a whole series.  This has been month in and month out one of my favorite series since the beginning.  My fellow contributor to Once Upon A Longbox Tony suggested I check it out after reading the first issue when it came out.  Admittedly I picked up the first with a lot of hesitation because I was never a huge fan of Spider-Man.  I don’t think he is a horrible character, but he is just not my kind of character.  So here we go this weeks review is for…...


This series has been a breathe of fresh air to the landscape of comics.  Sadly though with issue sixteen it all comes to an end..  Superior Foes of Spider-man is a humorous romp through the Marvel Universe through the eyes of the new Sinister Six (but there are only five of them???).  Lead by Boomerang the team consisting of Shocker, Overdrive, Beetle, and Speed Demon are on a mission to prove they are a force to be feared in the criminal underworld.


Superior Foes of Spider-Man was launched at the same time as Superior Spider-Man and Superior Spider-Man Team-up.  Though Foes is the only book to not actually feature Spider-Man anywhere in it.  Instead it follows the new Sinister Six which is made up of four of his lesser known villains and a new version of one of Iron Man’s villains.  As the series goes along more and more villains start to make appearances, like Tombstone(who has a connection to a member of the team) and The Owl.  It all starts with Boomerang pitching a simple snatch and grab to the rest of the team that would make the teams careers.  Just break into the Owl’s mansion and steal the head of Silvio Silvermaine.  An urban legend in the underground that is believed to be the key to running all of the organized crime in the city.  But that lie is only the beginning of what becomes one of the most hilarious comic book adventures in recent years.   There are twists and turns, and multiple double crosses throughout the book.  And all of it leads up to the final stand in which the Sinister Six looks to negotiate their way into ruling the crime families.  I won’t spoil the ending, but I will say that the ending is perfect for the story told in the whole series leading up to it.


Superior Foes was a nearly flawless series.  Only slipping for two issues in the middle where Spencer and Lieber were away from the book and the story dealt with characters away from the core group.


Spencer has very clear voices to the five members of the Sinister Six from the first page of this series.  And what is even more amazing is that not once in the series did those voices falter or did the characters act out of character.  Spencer helps make Superior Foes fit comfortably into the same corner of the Marvel Universe as Hawkeye.  But the way Spencer makes this team of wanna be super villains jump off the page makes it better than Hawkeye in my opinion.


Steve Lieber has an art style that really lends itself to this particular story.  He makes all of the great little sight gags work perfectly, even though it defies all preconceived notions to the contrary. Some of the best being to do with what the members are doing while Boomerang is laying out his plans for the job they are looking to pull and Whenever Mach VI appears it is almost guaranteed that there will be some kind of quiet joke about his costume making common situations very awkward .   The best panel in this book has to be the panel of Silvermaines head painted to look like Paul Stanley from Kiss, cussing out the team for trying to use him to gain power.  Than there is the ongoing gag of Mach VI and his inability to get through the most basic of entry ways in his costume.


I am both happy and upset that this series is over.  Happy because I didn’t want to see it get to the point that it was long passed it’s welcome, but sad because even though I stumbled into this series I will miss having the further adventures of the new Sinister Six to look forward to.

As always thanks for reading my review.  This was a particular treat to me.  I really hope this helps to introduce this series to new readers.  Thanks again and keep on reading fellow comic fans.
Posted by Unknown at 8:39 PM