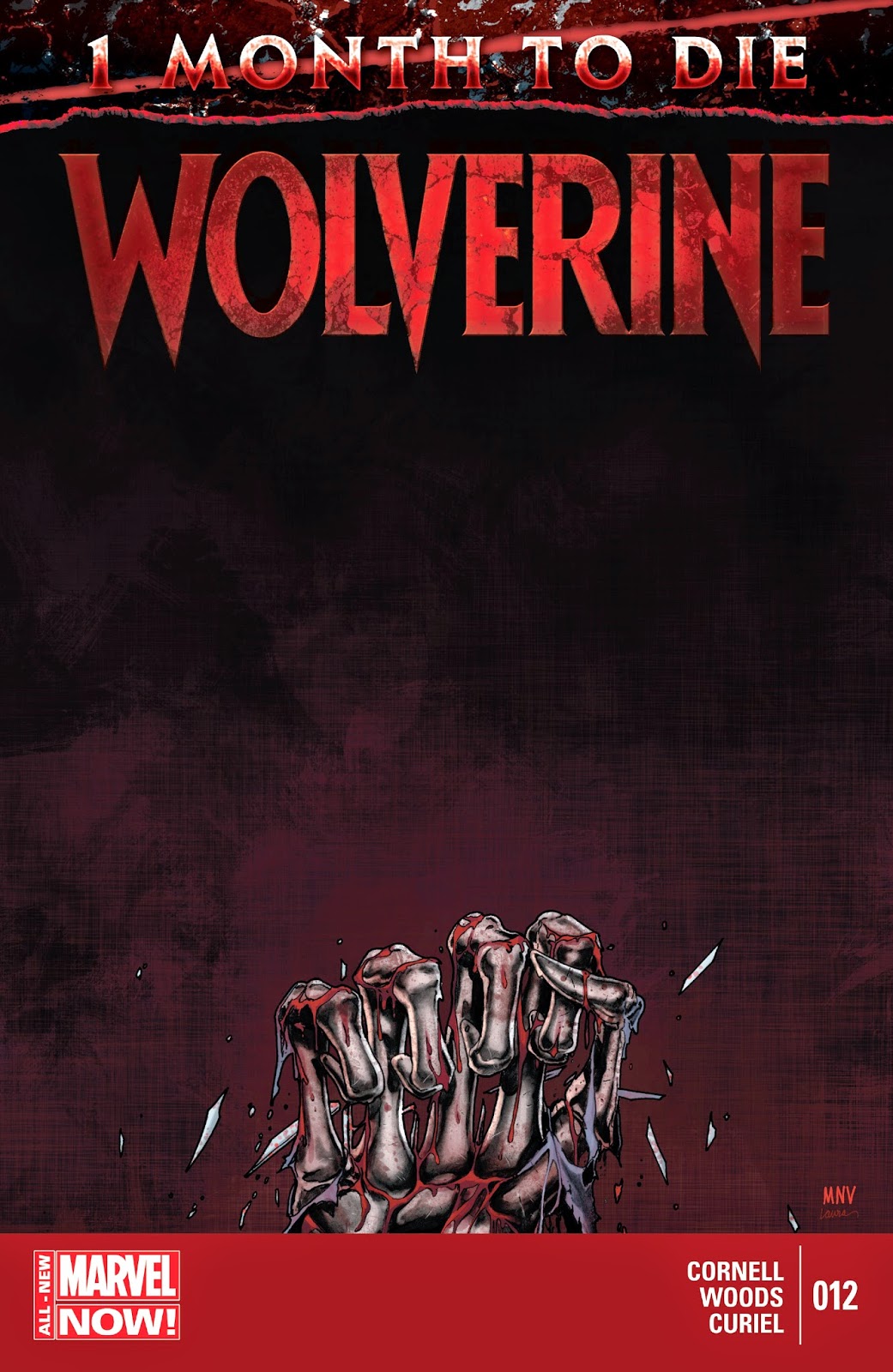 First, I'd like to tell you all how much I love Wolverine.  Ever since I was a kid, he's always been one of my favorite comic book characters, second only to Spider-Man, for me.  The character holds a special place in my heart because he was the star of the first comic I ever bought (Wolverine vol. 2, issue 31).  This issue left a lasting impression on me, it was my first exposure to a morally grey hero—a hero that didn't feel that killing was out of the question.  And it was the first time I'd ever seen Marc Silvestri art.  To this day, he's one of my favorite artists.  Now, with that out of the way, let's get to the review.

If I were to sum this issue up in just a few words, it would be this:  IT SUCKED.  This whole run has been a mess.  Cornell is a very capable writer, and on a technical level, he proves that here as well.  It caps off his nearly two-year run on the series, with very little loose ends and such.  It's how things are tied up and the inconsistencies that hurt the overall narrative.  We knew after Logan lost his healing factor, that he was on a crash course to another clash with Sabertooth.  By my count, there have been at least three “the chips are all in” meetings between these two.  The first was just before the Age of Apocalypse event.  In that arc, pencilled by the masterful Adam Kubert, an apparently amnesiac Sabertooth is taken in by Charles Xavier, much to Logan's chagrin.  While the other X-men are away, Logan is charged with keeping an eye on him and Logan finds that his “amnesia” wasn't as bad as he was letting on.  The tussle between the two ends with Creed getting a claw to the brain and the M'kraan crystal destroying reality.  The second time was just a couple of years back in a tale told by Jeph Loeb with art by Simone Bianchi that ended with Sabertooth getting his freakin' head lopped off by the Muramasa Blade.  In this issue, the confrontation ended in a “I'm not the monster you are” moral victory.  Very anticlimactic.

The art in this issue was a mess, as well.  That's been par for the course throughout Cornell's run, I'm sad to say.  Ryan Stegman, who I feel is a mega-talent, was a poor fit for this volume, when it launched.  There were so many visual inconsistencies, almost too many to list.  The colors of his armor was all over the place over these twelve issues, sometimes his augmented claws came from gauntlets in the armor, sometimes they appeared to be coming from where his real claws normally appear.  The rose tattoo that he got would be visible in some panels and not present in the next.  This final issue was by Pete Woods.  The linework left a lot to be desired and in panels, his claws almost looked bone again.

The verdict:  This series teased so much potential, but fell massively short.  Hopefully, whoever takes on the character next will be able to craft a more pleasing tale.