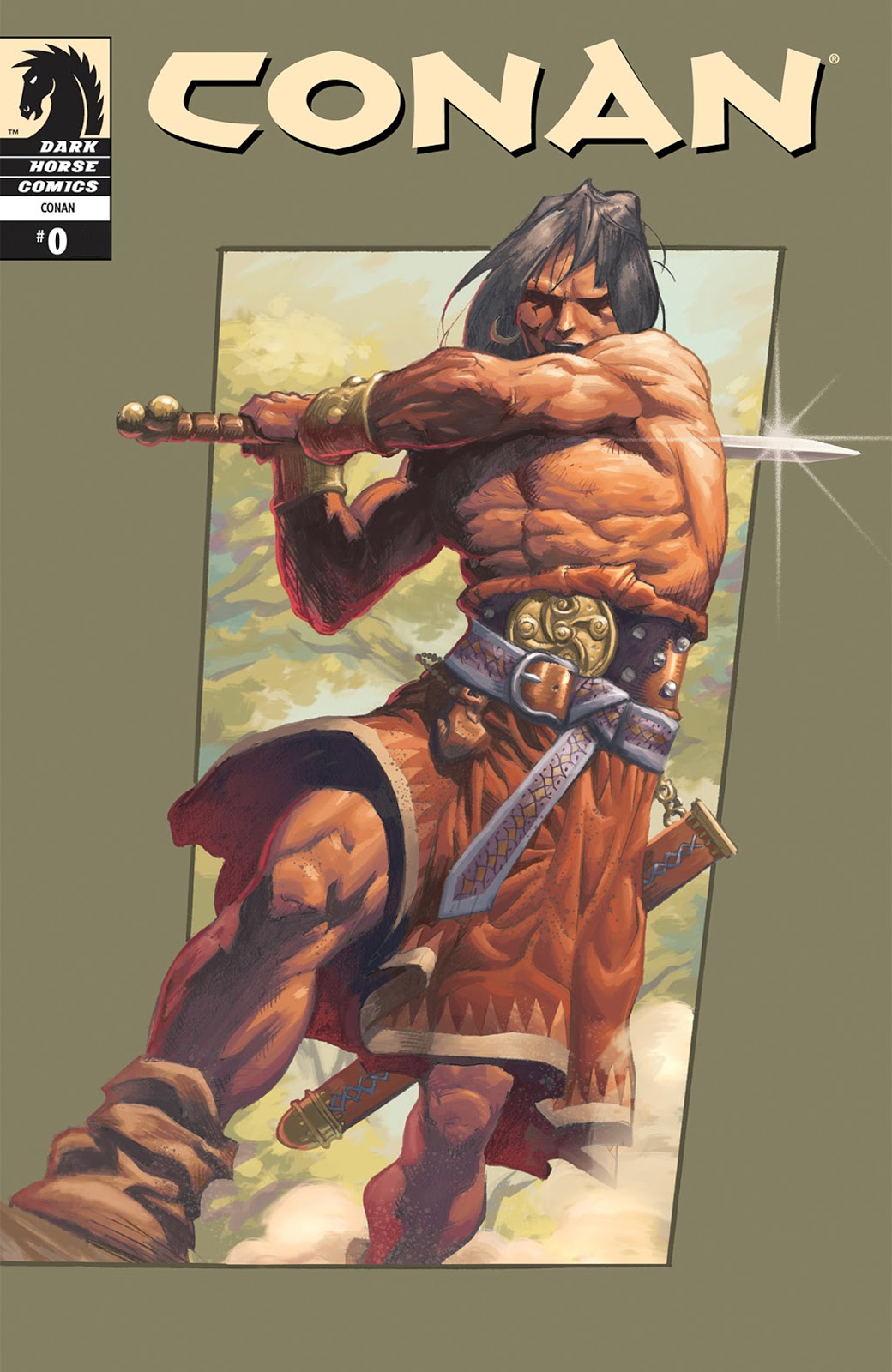 I’ve never really paid much attention to Conan titles over the years, but after hearing how good the most recent run that just ended was, my interest was piqued.  In recent years, the series has been published by Dark Horse Comics.  They’ve shown time and time again that they respect the licensed properties they work on and are not just cashing in on the names for a quick buck.  My original plan was to read the most recent volume that concluded a couple of months ago, written by Brian Wood.  But my good friend +Ted McHugh told me that there was a series prior to this that was penned by Kurt Busiek, one of my favorite writers.  This is a review of that series.


Just a couple of days ago, I reviewed Wolverine #12, which capped a 2-year arc that wasn’t very favorable at all.  This series succeeds in all they ways that that one failed.  The consistency throughout this was top notch.  There’s primarily three different types of stories that are told in this series.  There’s the main tale of Conan, having just left his home in the Cimmerian hills, he travels to the civilized lands within Hyborea, inspired by the tales that his grandfather told him as a child.  These stories are primarily told through Busiek’s writing with art by Cary Nord.  The next, are tales of Conan’s childhood, prior to his exodus from the Cimmerian hills.  They span from early childhood and up to the day he leaves his home.  These are self contained stories by Busiek, but with art by Greg Ruth.  This was a wonderful example of the consistency that made this series so strong.  When you get to an issue by Ruth, you knew exactly what type of story you were getting.  The final type are the Nemedian Chronicles issues.  These tales are told many generations after King Conan has passed and his stories have been recorded in these chronicles.  A young, ambitious prince, who’s been given the charge of expanding his father’s borders, is having these tales read to him begrudgingly by his advisor (who is Conan’s greatest nemesis, Thoth-Amon, in disguise).  The prince finds inspiration in Conan’s strength and bravery.  These tales are often by guest writers and artists.


In the later half of the book, Busiek and Nord are replaced by Timothy Truman and Tomas Giorello, respectively.  Both are fantastic and extremely capable.  Truman obviously worked from outlines provided by Busiek because, by the final issue, He’s tied up all dangling plotlines that were there at the time of Busiek’s departure.


The verdict:  Absolutely fantastic!  Fifty issues is a quite a large number of issues to maintain a certain level of quality on, but they pulled it off magnificently.  This series comes with my highest recommendation and the highest score I’ve given in my short time doing G+ reviews.  Now for the Brian Wood series!