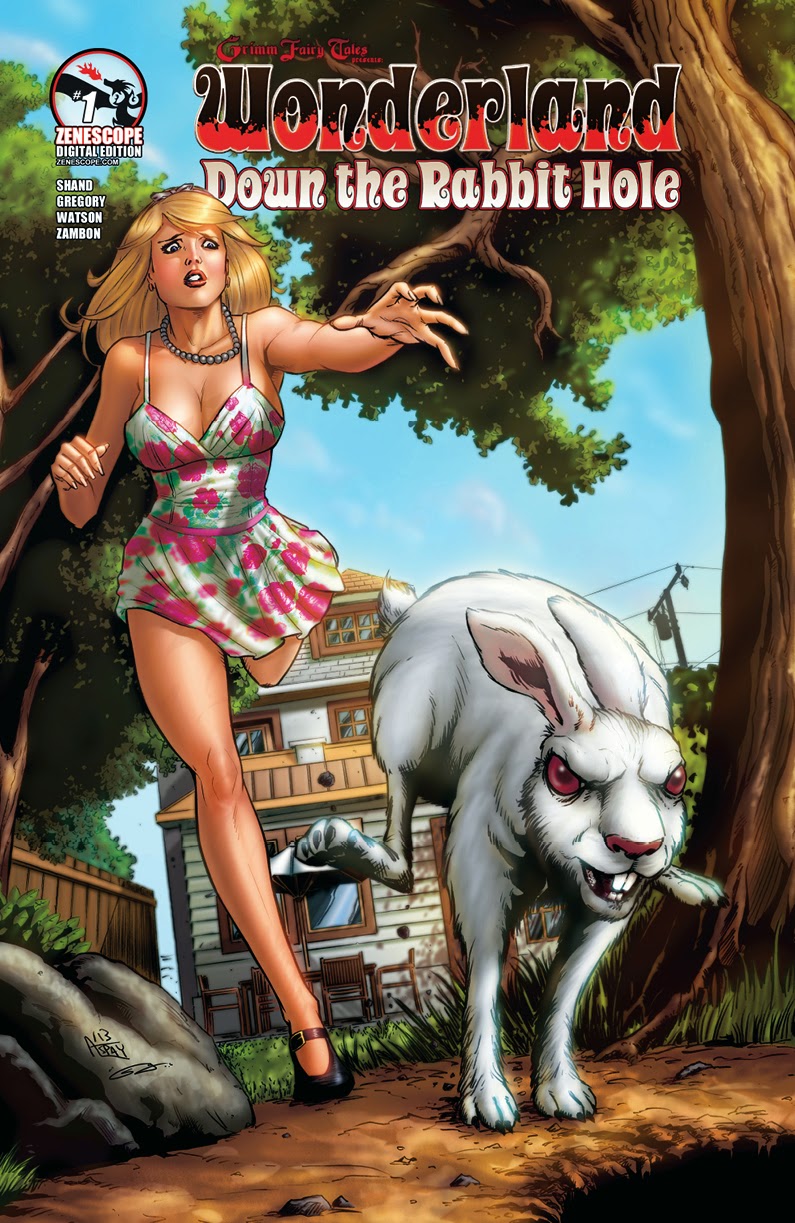 This pick was purely based on curiosity and a dare from a coworker at the local shop I help out at from time to time.  The back issue bins have three or four boxes of just Zenescope books.  I have never really been interested the Zenescope titles due to their fondness for the “cheesecake” cover art.  But I made a deal to at least read one issue to see if there was anything to them other than scantily clad unrealistically curvy women.  I chose a book from the Wonderland titles because it was the most interesting sounding of the Zenescope titles.

Wonderland: Down the Rabbit Hole follows Alice Liddel years after her first trip to Wonderland.  She is grown up married with two kids and is being treated for mental disorders because everybody thought she went insane after the first trip.  At the beginning even Alice thinks she imagined the whole thing, but when she starts getting visited by patrons of Wonderland she starts realizing it was all real.  Wonderland is portrayed as a twisted version of the original tale.

In the time since Alice last went to Wonderland, the world has been further warped and the Jabberwocki now rules over Wonderland.  By the end of the issue I was actually impressed with the world they have built from the classic fairy tale.

The writing was pretty straightforward and I am sure I would understand more about it if I had read the previous volumes of the Wonderland series.  Of which there was Wonderland, Beyond Wonderland and Return to Wonderland.  I liked the character building but just felt lost at the amount of continuity that I haven’t read.

Art wise this book is a little better than I was expecting.  It reminded me of the mid talent early nineties Image books.  And I was pleasantly surprised that it wasn’t just a bunch of scantily clad women in overly sexual poses.  For the most part the characters are drawn realistically proportioned and aside from a bath scene with Alice(which has a lot of strategically placed steam wisps) the characters are fully dressed.


I won’t be reading anymore of the Wonderland series, but I may check out other titles from Zenescope in the future to see if any of them are easier to jump into.