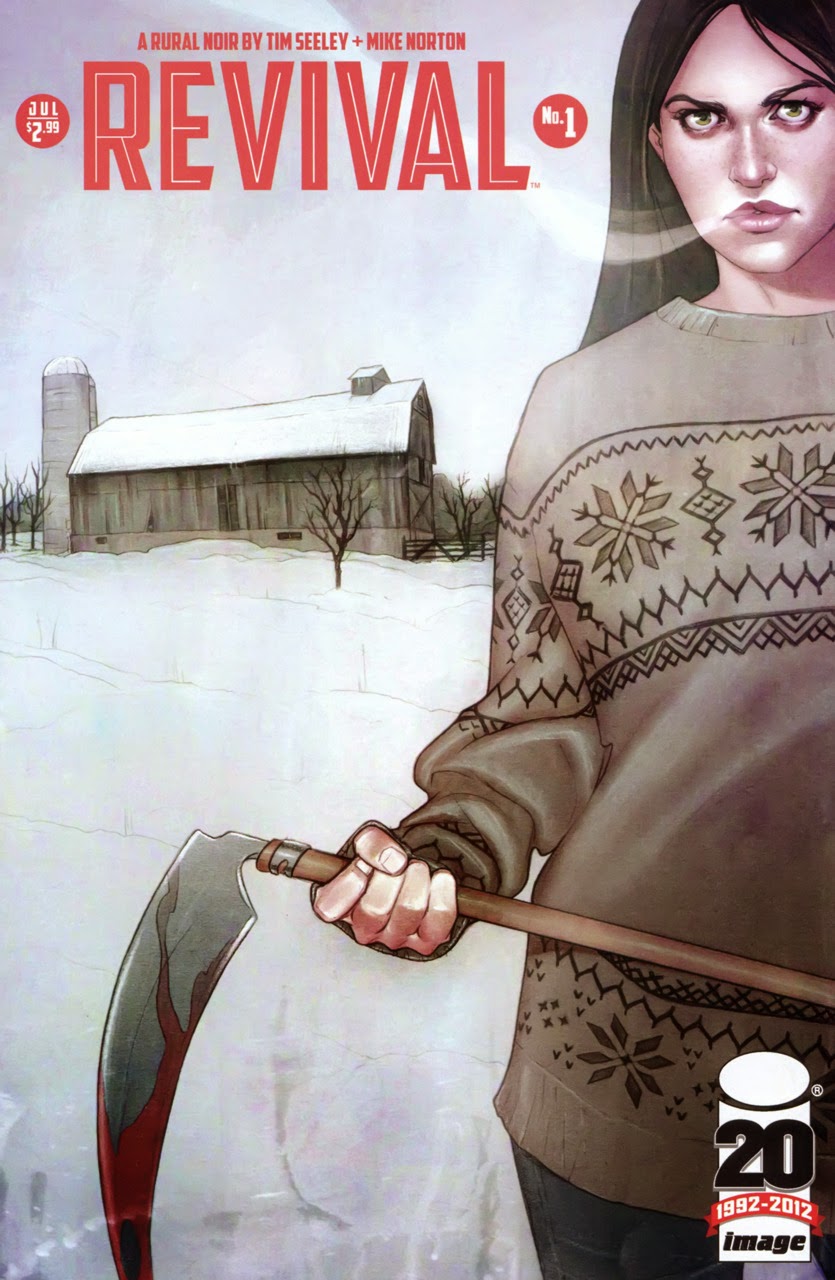 
The Story:
A small town in Wisconsin is on Quarantine after a major event occurs that causes the dead to come back to life.  A deputy named Dana Cypress is put in charge of the mystery of what caused the Revivers, the nickname given to the recently returned, to come back on the day now referred to as Revival Day.  You also have the story of Dana’s sister Em who is one of the Revivers, but doesn’t remember how she died.  The whole town is crazy with paranoia and religious fervor.  As well as outsiders are trying to smuggle organs of the revivers to other parts of the country because there is a theory if you ingest flesh of a reviver it will allow you to live longer.


The Director:
This series would definitely work better as a TV show.  There is way too much going on here to be a movie, or even a series of movies. So I am going to actually name a show runner for this one.  I think someone like Chris Carter of X-Files fame would do great with this property, but could also see Frank Darabont really making it stand out.  Darabont was the whole reason that The Walking Dead worked to me for the first season.  He really found a great balance of human drama and horror.  Carter would also bring some great personal drama to the series and has done a great job with the more paranormal stories in the past.  X-Files ran for 9 seasons for a reason.


The Cast:
Dana Cypress:
She is the main focus of the book, so she is the most important part to cast.  A single mother trying to scrape by for herself and her son, who has a form of Aspergers or something it is never clarified.  She is a strong woman who is very unsure of herself.  I could see Marguerite Moreau playing this part well.  She has been on my radar since she played Connie in the Mighty Ducks movies.  But it was her parts in Queen of the Damned and her small part as a cutthroat reporter in Smallville that really showed what she can do.


Em Cypress:
The younger sister of Dana, and a reviver.  She is trying to figure out how she died and why.  Em is struggling with losing her sanity like most of the other revivers.  I think that Emily Browning could bring a lot to the part of Em.  She has a real talent at bringing emotion to a movie, and she has proven she can handle the action side of the role.


Sheriff Cypress:
The father of Dana and Em, he is also the sheriff of the little town.  He isn’t always the best father, but he tries his best to be a good sheriff and a good man.  One name really stood out for this part to me Jeffrey Dean Morgan.  He has an amazing on screen presence that would really help make Sheriff Cypress work.


Ibrahim Ramin:
Ibrahim is a liaison from the CDC who works closely with Dana on the case or the revivers.  HIs task is to solve the mystery of what caused the events of Revival Day.  After the great job he did as Mohinder Suresh on Heroes I would like to see Sendhil Ramamurthy take on this role.  I feel he can really bring a strength to the part.


May Tao:
Tao is a reporter determined to get to the bottom the events that have occurred in the small Wisconsin town.  Her story isn’t a real big part for most of the book, but it is a crucial part of revealing backstory to a lot of the characters that are in the town. One actress comes to mind for this part, Grace Park.  She was one of the standouts of Battlestar Galactica with her portrayal of Boomer/Sharon/Athena.  Park really brought a complex set of emotion and uncertainty to her character character.  But eventually was able to make herself into one of the best on the show.  It is these qualities that I think would make her great for the part of May Tao.


Thank you for reading my latest edition of Comic Book Fan Casting.  If you have any questions comments or want to suggest a book you would like to see me cast feel free to comment on this post.  As always thank you.
Posted by Unknown at 3:32 PM